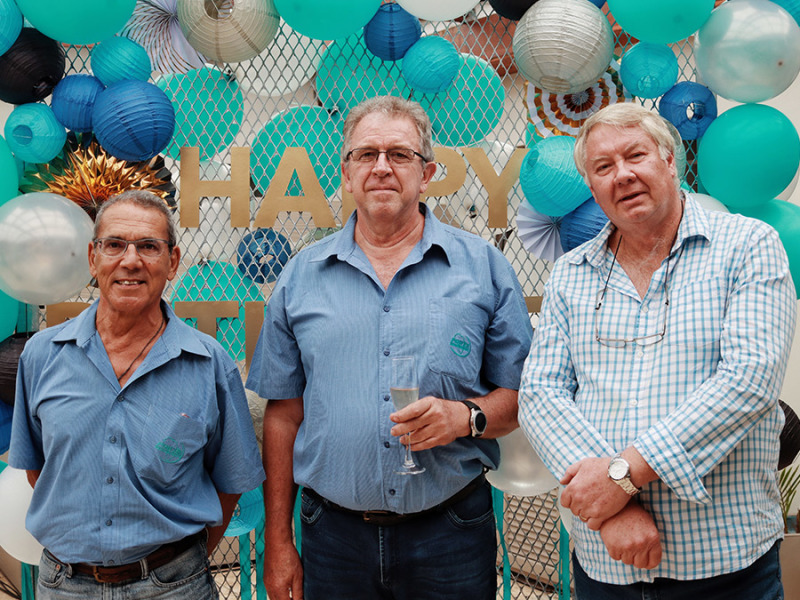 This well-known George based company had reason to pop a few bottles of champagne last week, when the staff gathered for the first time in a year to all celebrate together!

The retirement of the 3 directors, Barry Shackleton, Llewellyn Thomas and Neal Douglass was captured during a memorable event at the company’s offices in Merriman street.

Barry Shackleton started this company 25 years ago, in the kitchen of his in laws, in Wilderness. Llewellyn Thomas and Neal Douglass later joined him, along with the late William Erasmus to grow this George based company to a countrywide service provider with offices in Cape Town and Johannesburg.

The end of February saw the end of this leadership, with the official retirement of the 3 enterpreneurs. Due to Covid, the events had to be kept small, with video celebrations to include all 40 staff members at the branches.

Power Measurement wishes the retirees all the very best!!